I want to bring to your attention this event »An Iranian and an Israeli talking about nuclear weapons« on Wednesday, July 10 at 19h, in Simplonstraße 29, 10245 Berlin:

Sharon and Emad will be presenting a talk on the current geopolitical realities facing the Middle East, in particular disarmament efforts to rid the region of nuclear weapons and other weapons of mass destruction. They will also speak on the heightened US-Iran tensions, the future of Iran nuclear deal and Israel’s nuclear weapons.

Sharon Dolev is the founder and director of the Israeli Disarmament Movement (representing ICAN in Israel) and of the METO Project for a WMD free zone in the Middle East. In recent years, she presented a radio show called ‘according to foreign sources’, was the director of Greenpeace in Israel and in the past – the coordinator of the Meretz party in Israel.

Emad Kiyaei is a principal at the international consulting firm IGD Group, where he provides political, business and civil society leaders with strategic advice in the intersection of political risk, disarmament and diplomacy. He is also part of a core team at the Middle East Treaty Organization (Meto) Project.

The host of the evening is Reto Thumiger from Pressenza Berlin.

The event is in English. Free entrance. 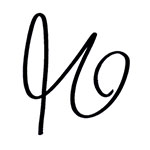